Find Out About All Passport Requirements Before You Cruise

A cruise is an excellent way to bring the most popular tourist destinations to you without having to go very far on your own. Whatever the time of the year, there is never a wrong time to enjoy yourself on a cruise to whatever part of the world you dream of going. Going on a cruise may require certain important documents before boarding, so make sure you always know what you need before you get on.

Some Cruise May Require a Passport

There are three main instances where you will need a passport to get on a cruise ship.

Other Forms of Identification for a Cruise

Even if you choose to travel without a passport, you need identification regardless. An ID with your photos, such as a driver’s license or a birth certificate is both acceptable forms that can substitute a passport. You can only use the following if you are traveling between locations in the US and end in the same port you started in.

If you need a passport but don’t plan on traveling other than the cruise, you can obtain a temporary passport. This is usually done in emergencies for those who don’t have time. Even with this option, it is recommended that you get a regular passport before you go on a cruise.

Applying for a Passport

There are many places you can apply for a passport. The table below will provide the sites, and the type of services offered. Also, you can compare prices for the services.

When you submit your form, include the supporting documents for identification and proof of citizenship. Without the additional documentation, your application will get denied. Also, include the appropriate amount of payment according to the service you select. Not doing so will also result in a denial or delay in the process.

If you decide to go to a regional passport agency or private expeditor, you must show proof of travel. It can be a hotel reservation or flight itinerary. Regional agencies require an appointment. So, call the National Passport Information Center at 1-877-487-2778 to arrange a meeting. You may expect to drive out of state since not each state has an office.

The Bahamas. A Bahamas cruise has the same requirement as a Mexico cruise. A passport is not necessary if the trip is closed loop. Regardless, it is better to travel with it if you have one. A passport card is the next best document to use as identification. For minors, a birth certificate is acceptable.

Cuba. Cuba is another of many countries that require a valid passport for entry. Also, the passport must have at least six months validity from the date of entry. In addition to a valid passport, a tourist visa is necessary. US citizens without a passport can use other documents that will prove citizenship and identity. A birth certificate, EDL, or passport card.

Alaska. US citizens do not require a passport to visit Alaska. Other forms of identification are acceptable. Non-US citizens traveling from the US will need a passport and a multiple reentry visa or B-2 Visitor’s Visa to enter Alaska.

Canada. A cruise to Canada will require a passport. All members of the NEXUS or FAST programs can use either document for entry. If you don’t have a passport, alternative documents like a birth certificate, EDL, or passport card are accepted.

The above alternative documents are accepted if you will seek entry at any borders from a cruise ship. A valid passport is mandatory if you will fly to all of them. 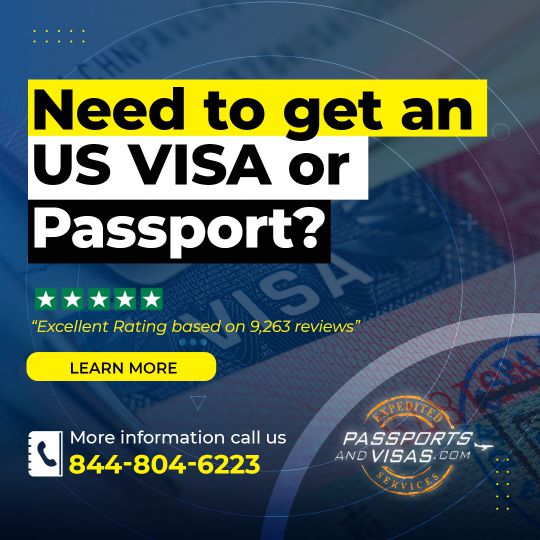 Find agency near you

Menu
What Documents Will I Need?